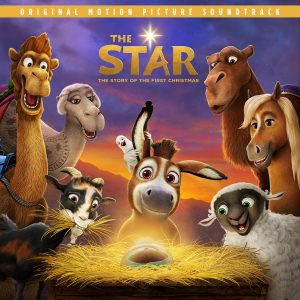 The Star Soundtrack, This Is Great computer-animated Christian comedy film. A small but brave donkey and his animal friends become the unsung heroes of the first Christmas.The most awkward scene arrives early, introduced by the words “Nazareth 9 months B.C.” That at least made me smile. But then a young girl is visited by a glowing angelic-like presence that proceeds to announce that God has chosen her to bear his Son.

The soundtrack from The Star, a 2017 Movie, tracklist, listen to some of the 12 soundtrack songs and play OST music. background music, View who sings all the songs.

Purchasing Link
Buy the album from iTunes
Get Your Credit Card Ready and Buy the Album iTunes..