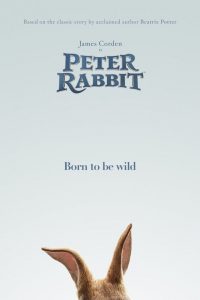 Peter Rabbit International Soundtrack: It is a complete family film full of comedy and heart warming story in which animals try to take back their land from humans. Humans, at first, hate animals, but in the end, they start loving them.

The soundtrack from Peter Rabbit, a 2018 Movie, tracklist, listen to some of the 27 soundtrack songs and play OST music. background music, View who sings all the songs