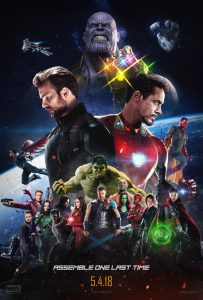 Avengers: Infinity War Soundtrack, Avengers are going to get some serious and great threats from intergalactic villain Thanos. He is on his mission to collect all the six Infinity Stones that he will use to get ultimate power. These Infinity Stones when combined together, they become literally the symbol of power of destruction. Avengers aling with some new allies work together to fail his mission. Surprisingly, we are having some new and unexpected superheroes this year as well. Spiderman and the team of Guardians of the Galaxy are here! This action and thriller movie will release on 4th April 2018. The Avenger lovers are hyped to see things happening.

The soundtrack from Avengers: Infinity War, a 2018 Movie, tracklist, listen to some of the 1 soundtrack songs and play OST music. View who sings all the songs