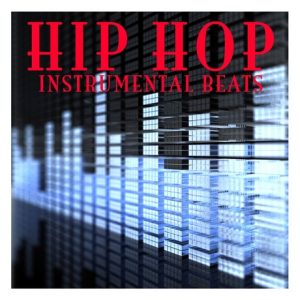 Nuthin’ but a ‘G’ Thang was one of the most conventional/exemplary G-Funk music, that emerged from West Coast Gangsta Rap in the early ’90s. Snoop Doggy Dog was initially introduced by Dr. Dre in 1992 by the song “Deep Cover”, but it was “Nuthin but a ‘G’ Thang” from the album “The Chronic” that really made him famous/ put him in public eye. The song is a blend of funk, soul and rock music collectively by having gently-washed guitar, stop-start bass line and high pitched melodies. In contrast, Snoop’s flow is relaxed, confident and rapid-fire tongue-twister at the same time. His unique style made him a superstar. The sound, lyrics, style, performance and composition of ‘Nuthin but a ‘G’ Thang” was totally new to early ’90s and thus became a prototype for later artists.

Top Billin is recorded in 1987, written by Kirk ‘Milk Dee’ Robinson and Nat ‘Gizmo’ Robinson and producers are Audio Two and Daddy-O. Audio Two were Kirk “Milk Dee” Robinson and DJ Nat “Gizmo” Robinson, most famous for its first ever hit “Top Billin”. Audio Two’s trademark song “Top Billin'” launched the duo to popularity. It was appeared in 1988 on Audio Two. It is released as B-side of single “Make it Funky”. They faces a huge success

“N.Y. State of Mind” Is recorded in 1992 and released on April 19, 1994. Its genre is East Coast hip hop, Gangsta Rap and hardcore hip hop. The song is Produced by DJ Premier. Illmatic is the first studio album by American rapper Nas. He was just 20 years old at the time of Illmatic’s release, N.Y is the New York state of mind. Nas raps the verse about the dangerous environment of the New York city.

1. The Message (Grandmaster Flash and the Furious Five song):

“The Message” is produced by Ed Fletcher, Clifton “Jiggs” Chase and Sylvia Robinson. It was released in 1st July 1982 as single by Sugar Hill Records. “The Message” was the first leading hip hop song to give a melodious social editorial. The blend of falling synthesizers, guitar culls, and timbale fills was the ideal scenery for what’s generally hailed as the model for sociopolitically cognizant rap.